Goldin Financial’s Chairman and Executive Director, Mr. Pan Sutong and management team presided at the roofing ceremony of the office building, a signature event for Goldin Financial in the property business.

Mr. Pan said, “The Hong Kong Government’s project of transforming Kowloon East into the city’s second central business district is an important component of its strategy towards the city’s development. Benefiting from the synergies of ‘Energizing Kowloon East’ and ‘Kai Tak Fantasy’ programme, the Group is confident about the prospect of the new central business district. In addition, we believe that Goldin Financial Global Centre will become a core landmark erected in Kowloon East and will facilitate the long-term development of the district as it will tap the strong demand for Grade-A office space and attract large-scale and renowned companies as its tenants, hence, bringing along significant and stable rental income to the Group.”

Located at the heart of Kowloon East with an approximate 5-minutes travel from Kowloon Bay MTR station, Goldin Financial Global Centre comprises 27 storeys and a 3-level basement car park with a total gross floor area (“GFA”) of 79,200 square metres (852,509 square feet). 4th floor to 27th floor will be Grade-A office space while the ground floor to 2nd floor will function as a zone for specialty and fine dining restaurants. The construction is progressing well. It is expected to be completed by the end of 2015 and is scheduled for opening in the first quarter of 2016. It is poised to become an outstanding landmark for the international tenants seeking Grade-A office space. Goldin Financial Global Centre is currently soliciting tenancy and is undergoing negotiation with potential tenants.

Goldin Financial Global Centre has been precertified at the platinum level under the LEED program of the U.S. Green Building Council and awarded a provisional gold rating from HK BEAM Plus by the Hong Kong Green Building Council. The building has also been named by the Energizing Kowloon East Office as one of the key Green Buildings in the Green Map.

Goldin Financial is an enterprise which specializes in operating vineyards, trading in wine, property investment and management, and factoring service.

With foresight and agility, the Group acquired the renowned 40-acre SLOAN ESTATE in Napa Valley, California in 2011. The influential wine critic Robert Parker awarded the perfect rating of 100 points to the 2002 and 2007 vintages. The Group also purchased three Bordeaux vineyards – Château Le Bon Pasteur, Château Rolland-Maillet and Château Bertineau Saint-Vincent, totaling 15 hectares of land in 2013 from the internationally renowned oenologist Michel Rolland and his family. Besides the Group’s own labels, Goldin Financial also trades top quality fine wines from the world’s top brands.

The Group announced venturing into the factoring business in 2009 and is the first wholly foreign-owned commercial factoring company in Shanghai. The Group is a member of Factors Chain International, the global factoring industry’s leading professional association, and provides domestic and international factoring services to medium-sized enterprises in China and Hong Kong. 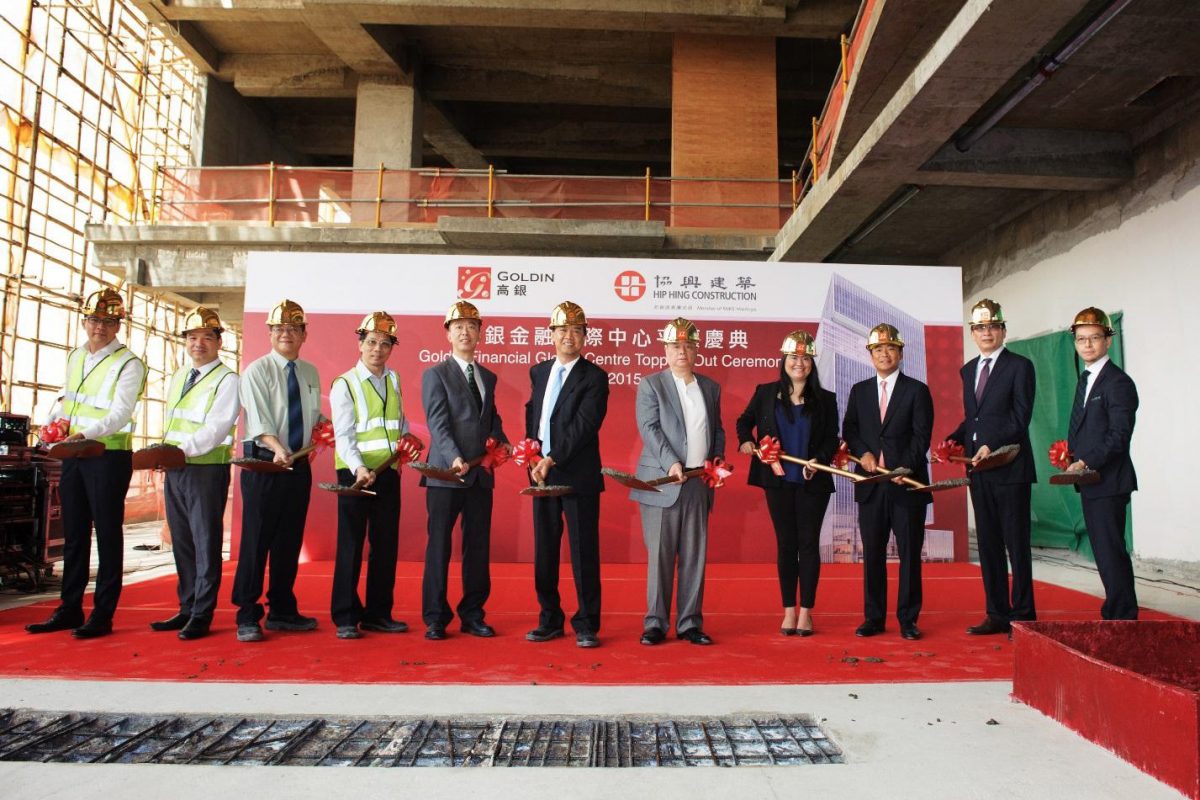